Wanting to get out on gravel but not feeling like dealing with a bunch of hills? This is the route for you! This route manages to find and string together some of the most flat-like-a-pancake roads Johnson County has to offer. Be warned, however: there’s a total of 3 miles of B road on this route — minimally maintained dirt roads that are lots of fun in good weather and that can get impassably sloppy in wet conditions. You might want to choose another adventure if you’re heading out after any significant precipitation. 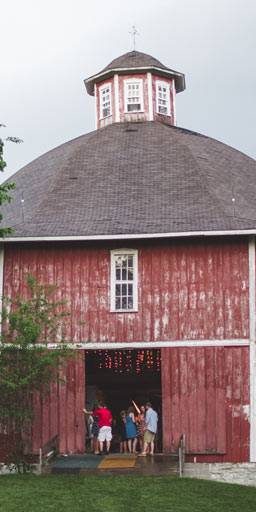 This friendly loop takes you past the 1883 Secrest Octagonal Barn, which is on the National Register of Historic Places. The barn is part of a private farmstead just west of the town of Downy, and its unique shape has helped it withstand the storms and winds of the prairie over all those decades. You’ll pedal past this red-painted landmark not quite halfway through this route. About 18 miles into your ride, you’ll arrive at a one-mile stretch of B road, minimally maintained dirt road. Given the regular rectangles of roads in this part of the county, it’s easy to navigate a mile north or south to circumvent that stretch in muddy conditions…or you might end up taking your bicycle for a walk. Choose wisely!

This ride will give you a chance to fully experience the rolling topography of western Johnson County and beyond in a lollypop-type route. You’ll head west and west, then turn north. You won’t have to navigate many turns until the route heads back east. At roughly miles 27 and 39, you’ll arrive at towns with some C-store options if you’re in need of refreshment, and in between you’ll pedal along the edge of Kent State Park, a hilly gem in the countryside.

Getting Away from It All

If you want to get away from the city for a while, this is your route. So, pack food and water! You’ll know you’re away from it all when you meet your first horse-drawn buggy on the road — you’ll be pedaling through the countryside that one of the largest Amish communities west of the Mississippi calls home. This route will also give your brain a break: miles 29 through 43ish are all on one road with no turns required. Ahhhhh…

Let’s Go Look at the River

This route begins and ends in downtown Solon, where there are plenty of options for après-ride refreshments. You’ll take a zig-zagging route generally northward, passing through the town of Ely, until reaching a point where you can take a spur to go out and back to visit the Cedar River at beautiful Palisades-Kepler State Park. About your halfway point, this would be a lovely spot for a snack…and reenergizing for the climb back out of the river valley. You’ll retrace the spur portion of the route then head generally east and south until you circle back around to end in Solon. 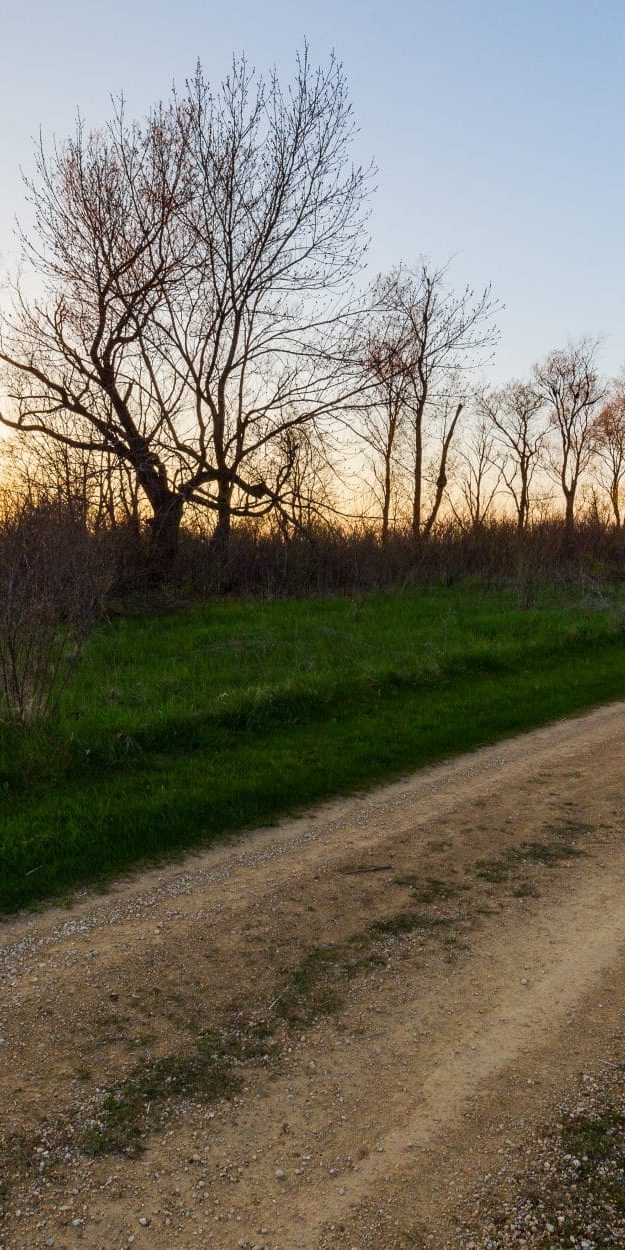 Another route to test your inner endurance adventurer, this route from a now-defunct race called the Gritty Brevet combines the flatter southeast quadrant of Johnson County with the rollers in the western part of the county. From the Johnson County Fairgrounds (site of the famous Jingle Cross cyclocross races!), you’ll head generally east and south first to get good and warmed up. Then you’ll head west, arriving at Riverside, future home of Star Trek’s Captain James T. Kirk (really!), about 45 miles into your journey. As you make your way farther west and gradually north, the traffic on the road will likely include the horse-drawn buggies of the local Amish farm families. Your next opportunity for convenience store refreshments won’t come until you reach Tiffin at 86 miles into the adventure, so be sure to bring along plenty of water and food to get you through. After all the work on the rolling hills, you’ll end your ride with a final, fun descent. 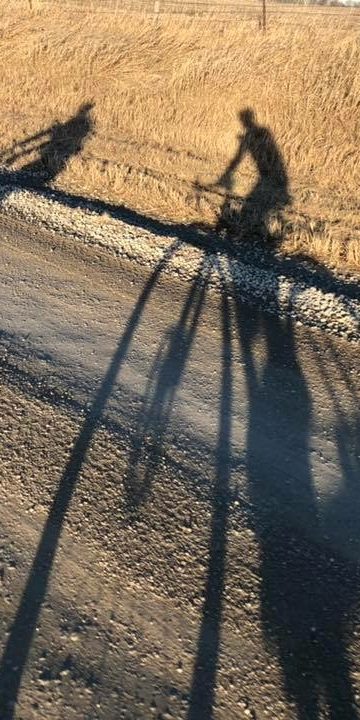 October is when gravel adventurers can test themselves with the Iowa City Gravel event. But you can ride the 2018 100-mile route any day you’d like, exploring north and south in eastern Johnson County and beyond. You’ll roll out from River Junction, the teeny unincorporated town at the confluence of the Iowa and English rivers, founded in 1873; roll across the Sutliff Bridge, a three-span Parker truss design originally built in 1898 and rebuilt after catastrophic flooding in 2008; pedal past the cheerful red Secrest Octagonal Barn, built in 1883 and on the National Register of Historic Places; and pass a few local, small-town watering holes that would welcome a stop. Aid stations noted on the race route are only there on race day, so if it ain’t race day, you’re on your own for aid!